The Changji-Guquan UHVDC (ultrahigh-voltage direct current) link transmits power from the Xinjiang region in the Northwest, to Anhui province in eastern China, having set a new world record in terms of voltage level, transmission capacity and distance.

The link is capable of transmitting 12,000 megawatts of electricity - the equivalent of 12 large power plants, a 50 percent increase in transmission capacity, compared with the 800 kV UHVDC links in operation. This also helps extend the transmission distance from around 2,000 km to over 3,000 km and plays a key role in integrating remote renewables on a large scale, transmitting power over greater distances, and facilitating a more interconnected grid.

Hitachi Energy supplied HVDC converter valves, converter transformers and other high voltage components like wall bushings, tap changers. DC circuit breakers, and capacitors as well as advanced system design support. The transformers are among the most powerful in the world, meeting the most stringent performance, reliability and safety standards. Each transformer weighs 800 tons, measuring 32 meters in length. Hitachi Energy’s state-of-the-art transformer manufacturing and testing facility in Chongqing as well as the local HVDC engineering and technology center have been supporting in the delivery and execution of the project. 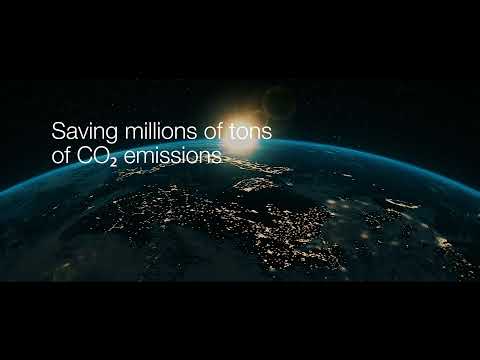